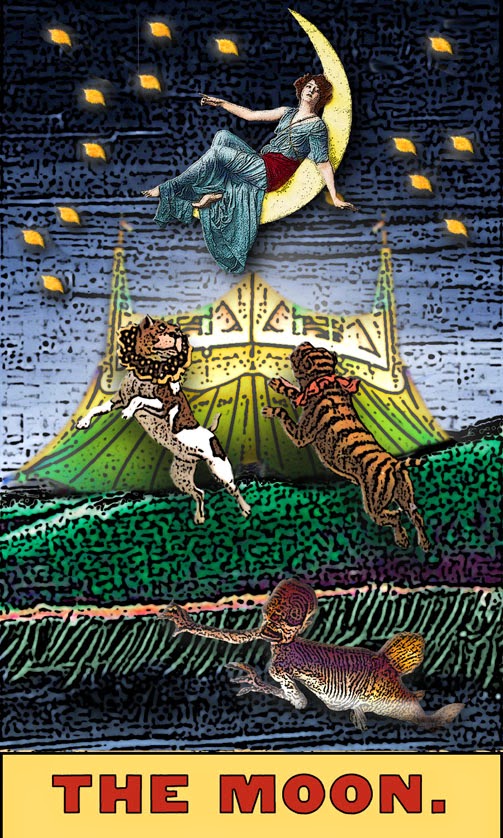 In the weeks shortly before the complete deck is published, I'm going to be going over the whole deck -- including the Majors -- tweaking things here, nudging things there, tracking down those little things that I didn't notice at the time but which bug the living crap out of me now.

Most of the revisions will likely be nothing more than little refinements... but I can't promise that something like this isn't going to happen, too. I came across an image that simply DEMANDED a revision of my MOON card in the Major Arcana... and at the same time, you learn a thing or two in any job, if you're doing it right. This is a major revision of the old card, and I hope a big improvement. In addition to changing the lady in the moon (and doing a more refined job in her rendering), the yods have all been rearranged and shrunk in size; a glow has been re0instated behind the circus tent, the dogs have been lightly beveled, and most all of the elements have been lightened up a little bit.

I like my old MOON card, but I like this version better. If the old version (still showing elsewhere on the site) appeals to you, then you'd best score a copy of the Majors deck before they're all gone.