The Three of Swords: Don't be Disappointed 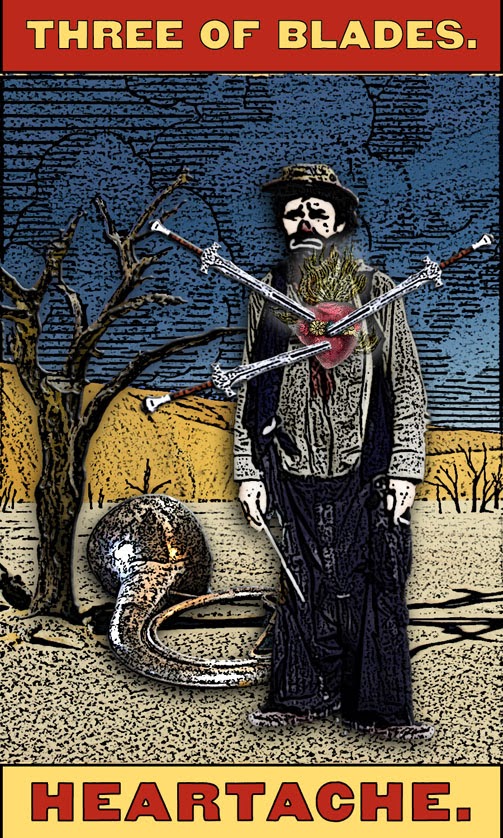 Although I have been greatly slowed down by the details of getting the majors deck funded through Kickstarter and then published (along with THREE books, related and unrelated to the deck), I have not forgotten that I have the vast majority of the Minors still ahead of me... and I want to be working on that more than I have been able to!

Still, a design creeps out once in a while.

The three of swords is another card you never want to draw, one of the few in the deck that has no positive meanings unless you're being extremely delicate or spinning like mad.

It's a card that's just as well to get out of the way -- and fortunately I had just the man to help me do that, the great Emmett Kelley, the man who may not have invented the Tramp Clown but who certainly perfected it and became synonymous with the breed. There have been more Romantic clowns, but never more disappointed ones.

This is the card that I hope people will not feel when they get their copies of the Majors deck. Come to that, I hope I don't feel it either: the majors deck should be getting done by now... I'll have to give the printers a call...