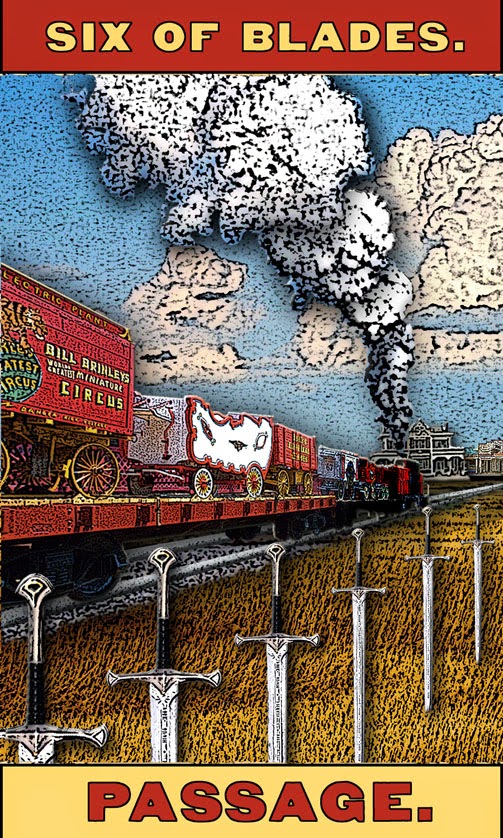 In the late 19th / early 20th centuries, Circuses took to the rails. This sea-xhange both extended their reach and limited their scope. It presented new opportunities and precipitated several disasters. For now, this Circus is Moving On... whatever happened at their last gig is now behind them; ahead of them is another night in a New Town, rife with possibilities and rubes to be plucked.

This Train is On The Move: because the big news for today is....


The Deck is Complete.

I expect there will be a few revisions and refinements between now and when it goes to press, if it goes to press, but as a basic piece of work.... all the cards have been created. The Little White Book has been written and typeset. The deck's tuck box has its initial design in place. The Tarot of the Zirkus Mägi, Edition One, MK I, is In The Can.

Later today I will reveal the box design by way of an update over at the Kickstarter page. Just three card designs remain to be revealed here over the next few days. Later in the week, the cover for the LWB (and perhaps a peek at its interior) will go up at the Kickstarter project. From here on through next month, most updates will be happening over there. If you really want to see this deck come to life, be sure to pre-order your copy at Kickstarter -- and tell all your friends in the tarot community!

Thank you all -- I've been overwhelmed in the past week for all of the kind words and support you all have given this deck.